We  have a quad (three hens and one rooster) of Chocolate Cuckoo English Orpingtons (originally from Ewe Crazy Farms).    Chocolate Cuckoo Orpingtons are beautiful, huge chickens.  They are good dual purpose birds.  On average, they will lay 175-200 medium to large size eggs per year.  They lay a light brown egg.  We regularly have chicks available for sale – for local pickup or shipping. 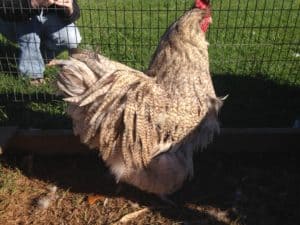 This is our Chocolate Cuckoo Orpington Rooster

Male Chocolate Cuckoo Orpingtons can be single or double barred (often times it is difficult to tell the difference just by looking at them.  The double barred males are usually a bit lighter in color.  The barring is important because it dictates what percentage of chicks you will get genetically.  Also note, you can use a solid chocolate male of barred (chocolate cuckoo females) or solid chocolate females under barred (chocolate cuckoo males). 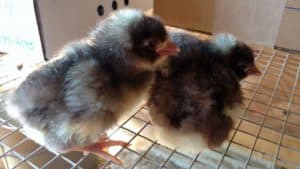 To purchase some of our straight run, day old chocolate cuckoo chicks.  Shoot us an email or check out our store. 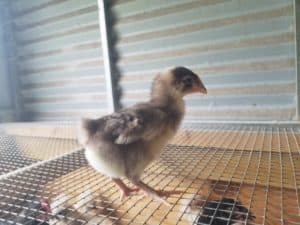 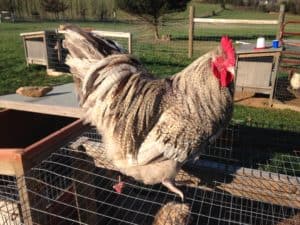