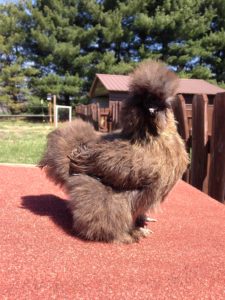 This is one of our Partridge Silkie Hens. 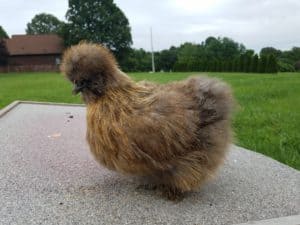 Partridge is by far my favorite coloring for Silkies.  It really is just stunning.  The colors are so bright!  Partridge silkies, like other silkies have some interesting characteristics.  They have five toes, feathered legs and feet.  They also typically have beards, muffs and crests.  (These are all the puffy areas on their chins, cheeks and heads.) 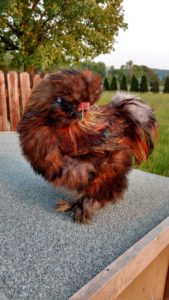 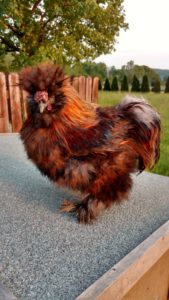 We regularly have partridge silkie chicks available for sale – for local pickup or shipping.  Timing for orders does depend on how the girls are laying, time of year and other orders.  To check on availability shoot us an email.  To place an order directly, check out our store. 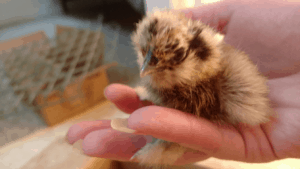 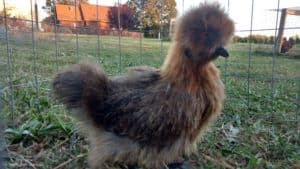