Do you ever do something and think, “wow, how cool/smart/awesome am I that I thought this up“?  This was us, about 10 years ago when we first thought of freezer meals.

We made this large crockpot meal, had some leftover broth and decided to make soup.  Well, since the first meal we had made was plenty for a few days, we decided to toss that soup into a freezer bag and freeze it for later.

Then we thought, well, how efficient of us?!  Two meals, both cheap and hardly any time spent.  Plus now we have a healthy, cheap meal we can heat up later.  GENIUS!  (Ok, so, turns out we aren’t the ONLY ones with this great idea (haha!)

So, what exactly are freezer meals?

Well, freezer meals are pretty much exactly what they sound like.  They are are meals that you pre-make and then stick in the freezer for easy (and fast!) reheating at a later date.

Yes, they are as awesome as they sound!  A full meal all ready to go – without paying top dollar for junky store “freezer meals” (ya know, those not so awesome tv dinners?).

How do we make them?

You can put freezer meals into freezer bags – I splurge and get these Freezer Bags with Zippers.  I have tried the other bags that aren’t “freezer bags” and I have tried freezer bags without the zippers.  Sometimes they work and sometimes they don’t.  Quite frankly, the additional money is worth it to me to know that the bags are going to keep my food fresh until I am ready to eat it.

If you want to skip plastic baggies and instead store in containers that are re-useable, that is also totally do-able.  We love these Pyrex dishes for storing our meals.

You can take pretty much any meal you’ve made and stick it in the freezer for later.  Casseroles, quiche, soups, roasts the list could go on and on.

The benefits of freezer meals are pretty darn awesome!

Freezer meals are pretty super duper!  They can be made super cheap.  Of course you could get some expensive steak and cook it up and freeze it and that wouldn’t be so cheap.  But, in general, they can be made very cheaply.

Think about this, you go to the store and they have fresh broccoli on sale because it’s in season and it’s DIRT cheap.  Well, normally, you’d buy whatever you could use before it goes bad right?  Not if you are making freezer meals!

BUY ALL THE BROCCOLI!

Ok, ok maybe not buy ALL the broccoli.  But do buy a lot of it.  Cook it up and make freezer meals with it.  This way you can buy perishable things on sale in bulk.  Also, if you LOVE something seasonal, buy a bunch and don’t pay outrageous prices when it is not in season.

Another benefit of freezer meals is time.  They save SO MUCH TIME!  Think about this, if you are cooking a casserole it doesn’t really take THAT much extra time to make two.  So, you can make two and freeze one for later.  Basically, you can make them in bulk which will save you so much time.

Last, but not least, another benefit is convenience.  Now, let’s be honest, how many times have we run and gotten takeout because it was easier or faster and we were short on time?  Takeout (generally) is NOT cheap and isn’t that healthy.  But, if you are short on time and you have freezer meals, just take them out heat them up and you’re ready to go!

Now that you are convinced, which will you try first? 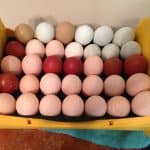 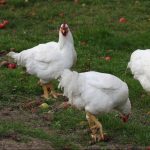 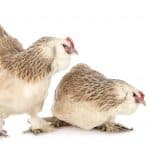